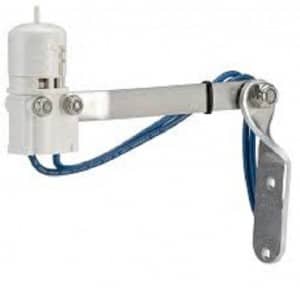 The Simplest Way to Automatically Stop Irrigation During Rainfall

Irrigating a landscape during a rainstorm not only results in over saturated plants and turf, it also wastes water. Hunter Mini-Clik rain sensor provides the simplest, most effective way to prevent sprinklers from running during or after any level of rainfall. It easily installs on any automatic irrigation system. The  Hunter Mini-Clik stops scheduled irrigation when it detects a pre-set level of rain has fallen. This automatic process ensures landscapes aren’t watered during a storm. Once the storm passes, the Hunter Mini-Clik allows the controller to resume normal irrigation. Hunter Mini-Clik is compatible with all Hunter controllers, and once plugged in, it ensures that a system doesn’t water during the rain.

There’s nothing more embarrassing–or more wasteful or costly–than an irrigation system that runs when it doesn’t have to…in the rain. Hunter Mini Clik provides the simplest, most effective way to prevent sprinklers from coming on during or after precipitation. It easily installs on any automatic irrigation system, then shuts sprinklers off in a storm and keeps them off, automatically compensating for the amount of rainfall that occurred. Disks absorb water and expand proportionally to the amount of rain that fell (e.g., a small cloudburst would result in little absorption, a 150 mm thunderstorm would lead to more absorption and expansion). As the moisture laden disks expand, they eventually activate a switch that interrupts the circuit from the controller to the valves. Once dry, they contract and release the switch. Thus, Mini- Clik automatically resets without ever affecting your controller. There’s no better way to ensure that a system isn’t watering when it isn’t necessary 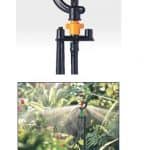 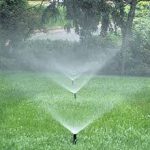 IrrigationSprinklers and Irrigation Blog
We use cookies on our website to give you the most relevant experience by remembering your preferences and repeat visits. By clicking “Accept”, you consent to the use of ALL the cookies. However you may visit Cookie Settings to provide a controlled consent.
Cookie settingsACCEPTRead More
Manage Consent

This website uses cookies to improve your experience while you navigate through the website. Out of these cookies, the cookies that are categorized as necessary are stored on your browser as they are essential for the working of basic functionalities of the website. We also use third-party cookies that help us analyze and understand how you use this website. These cookies will be stored in your browser only with your consent. You also have the option to opt-out of these cookies. But opting out of some of these cookies may have an effect on your browsing experience.
Necessary Always Enabled
Necessary cookies are absolutely essential for the website to function properly. This category only includes cookies that ensures basic functionalities and security features of the website. These cookies do not store any personal information.
Non Necessary
Any cookies that may not be particularly necessary for the website to function and is used specifically to collect user personal data via analytics, ads, other embedded contents are termed as non-necessary cookies. It is mandatory to procure user consent prior to running these cookies on your website.
Other
Analytics
Save & Accept