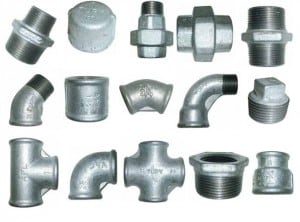 Like other similar irons with the carbon formed into spherical or nodular shapes, malleable iron exhibits good ductility. Incorrectly considered by some to be an “old” or “dead” material, malleable iron still has a legitimate place in the design engineer’s toolbox. Malleable iron is a good choice for small castings or castings with thin cross sections (less than 0.25 inch, 6.35 mm). Other nodular irons produced with graphite in the spherical shape can be difficult to produce in these applications, due to the formation of carbides from the rapid cooling.

Malleable iron also exhibits better fracture toughness properties in low temperature environments than other nodular irons, due to its lower silicon content. The ductile to brittle transformation temperature is lower than many other ductile iron alloys.

In order to form properly the spherical-shaped nodules of graphite in the annealing process, care must be taken during the casting process to ensure the iron casting will solidify with an entirely white iron cross section. Heavier sections of a casting will cool slowly, allowing some primary graphite to form. This graphite forms random flake-like structures and will not transform in heat treatment. When stress is applied to such a casting in application, the fracture strength will be lower than normal, and the large particles of primary graphite can be seen. Such iron is said to have a ‘mottled’ appearance. Some countermeasures can be applied to enhance forming the all white structure, but malleable iron foundries often avoid producing heavy sections because of the risk of forming primary graphite through slow cooling.

After the casting and heat treatment processes, malleable iron can be shaped through cold working, such as stamping for straightening, bending or coining operations. This is possible due to malleable iron’s desirable property of being less strain rate sensitive than other materials.

In current use, the term refers to the coating of steel or iron with zinc. This is done to prevent rusting of the ferrous item. The value of galvanizing stems from the corrosion resistance of zinc, which, under most service conditions, is considerably greater than that of iron and steel. The zinc serves as a sacrificial anode, so that it cathodically protects exposed steel. This means that even if the coating is scratched or abraded, the exposed steel will still be protected from corrosion by the remaining zinc – an advantage absent from paint, enamel, powder coating and other methods. Galvanizing is also favored as a means of protective coating because of its low cost, ease of application and comparatively long maintenance-free service life.

The term galvanizing, while technically referring specifically to the application of zinc coating by the use of a galvanic cell (also known as electroplating), is also generally understood to include hot-dip zinc coating. The practical difference is that hot-dip galvanization produces a thick, durable and matte gray coating – electroplated coatings tend to be thin and brightly reflective. Due to its thinness, the zinc of electroplated coatings is quickly depleted, making them unsuitable for outdoor applications (except in very dry climates). When combined with subsequent painting (which slows zinc consumption), electroplating is durable enough to be used in some premium auto body coatings.

Check out our Galvanised Fittings in our       Online Shop 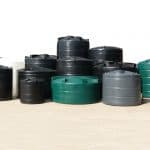 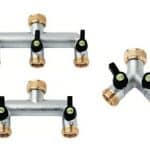 Brass Water ManifoldSprinklers and Irrigation Blog
We use cookies on our website to give you the most relevant experience by remembering your preferences and repeat visits. By clicking “Accept”, you consent to the use of ALL the cookies. However you may visit Cookie Settings to provide a controlled consent.
Cookie settingsACCEPTRead More
Manage Consent

This website uses cookies to improve your experience while you navigate through the website. Out of these cookies, the cookies that are categorized as necessary are stored on your browser as they are essential for the working of basic functionalities of the website. We also use third-party cookies that help us analyze and understand how you use this website. These cookies will be stored in your browser only with your consent. You also have the option to opt-out of these cookies. But opting out of some of these cookies may have an effect on your browsing experience.
Necessary Always Enabled
Necessary cookies are absolutely essential for the website to function properly. This category only includes cookies that ensures basic functionalities and security features of the website. These cookies do not store any personal information.
Non Necessary
Any cookies that may not be particularly necessary for the website to function and is used specifically to collect user personal data via analytics, ads, other embedded contents are termed as non-necessary cookies. It is mandatory to procure user consent prior to running these cookies on your website.
Other
Analytics
Save & Accept